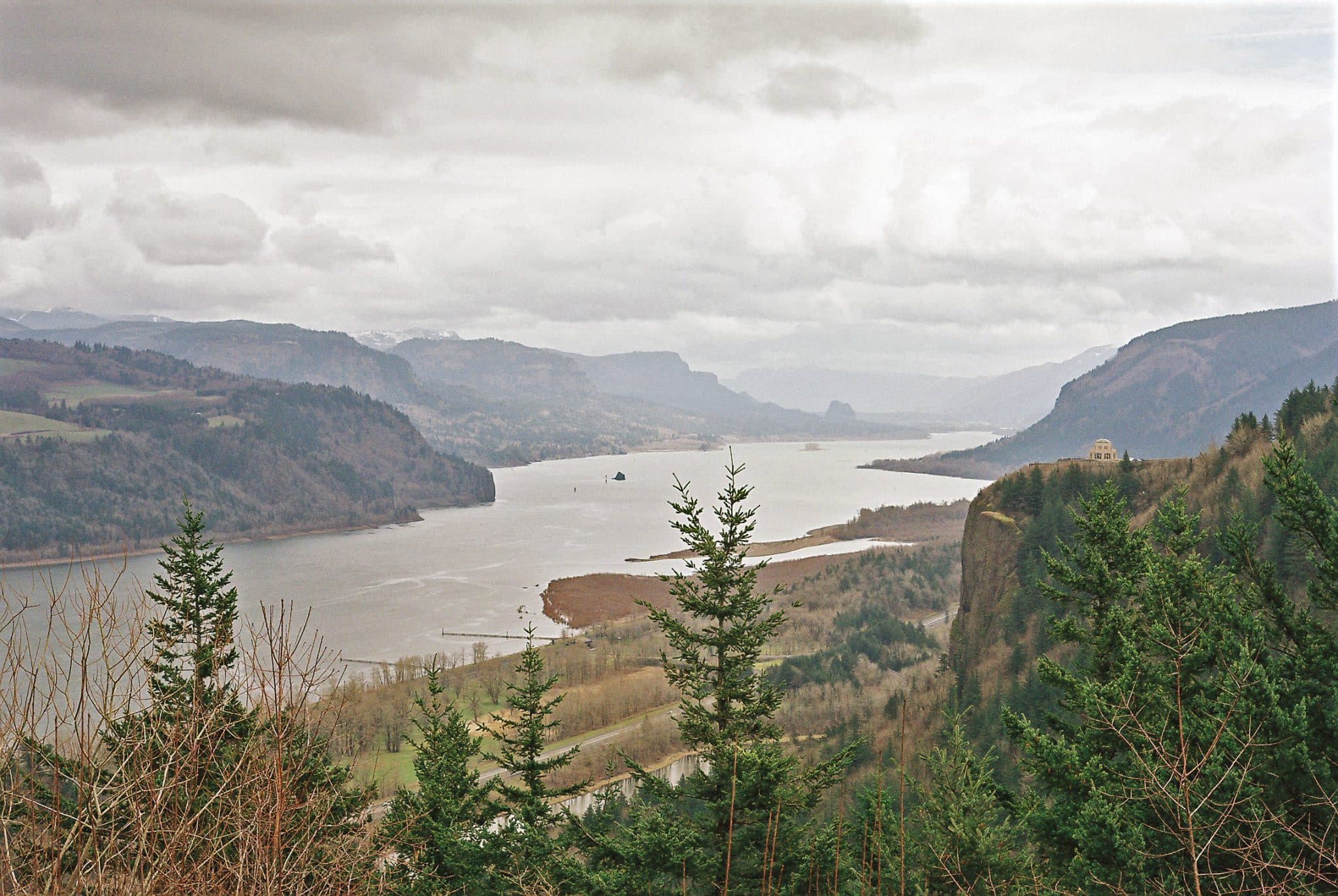 ‘Majestic’ is the adjective that springs most readily to mind when describing this most scenic of byways (the first ‘planned’ scenic roadway in the United States). Steep hills and cliffs rise up from the broad waters of the Columbia and you’ll find your drive being constantly interrupted by the temptation to follow a trail to a waterfall or stop off at a viewing point.

This highway is divied into two sections – Western and Eastern – with a 25 mile in between. If, like most visitors, you’re doing it west-to-east, your staring point will be Troutdale. These are just some of the more popular attractions.

Vista House, Crown Point (mile 10)
A memorial to Oregon’s pioneers and among the highway’s most photographed landmarks, historic Vista House sits above a 733-feet cliff and offer superb views over the Columbia.

Multnomah Falls (mile 17)
It’s almost a legal requirement that Multonomah Falls be described as the “second-tallest year-round waterfall in the nation”, but the combination of a 620 feet drop and the beautiful Benson Bridge means Multnomah is second to none when it comes to photogeniosity. The restaurant in the Lodge at the foot of the falls is surprising good value too.

Washington State (mile 30)
There’s a 25-mile ‘gap’ in the byway between Bonnevile Dam and Hood River. My advice would be to cross over into Washington at the Bridge of the Gods and enjoy a quiet, scenic drive along Washington State Route 14, the Lewis and Clark Highway.

Mosier Twin Tunnels (mile 59)
Before you rejoin the highway on its Eastern section, why not visit part or all of the 4-mile Historic Columbia River Highway State Trail that runs between Hood River and Mosier. This is a section of the original highway – including twin tunnels – that was closed in the 1950s but has now been re-opened to hikers and bicycles.

Rowena Crest, Mayer State Park (mile 66)
The eastern counterpart to Crown Point, Rowena Crest offers wonderful views of the Columbia River Gorge. The Rowena Loops – a series of glorious sweeping curves – provide a memorable drive from the crest back down to river level.

New Mexico on the Trail of the Mountain Spirits