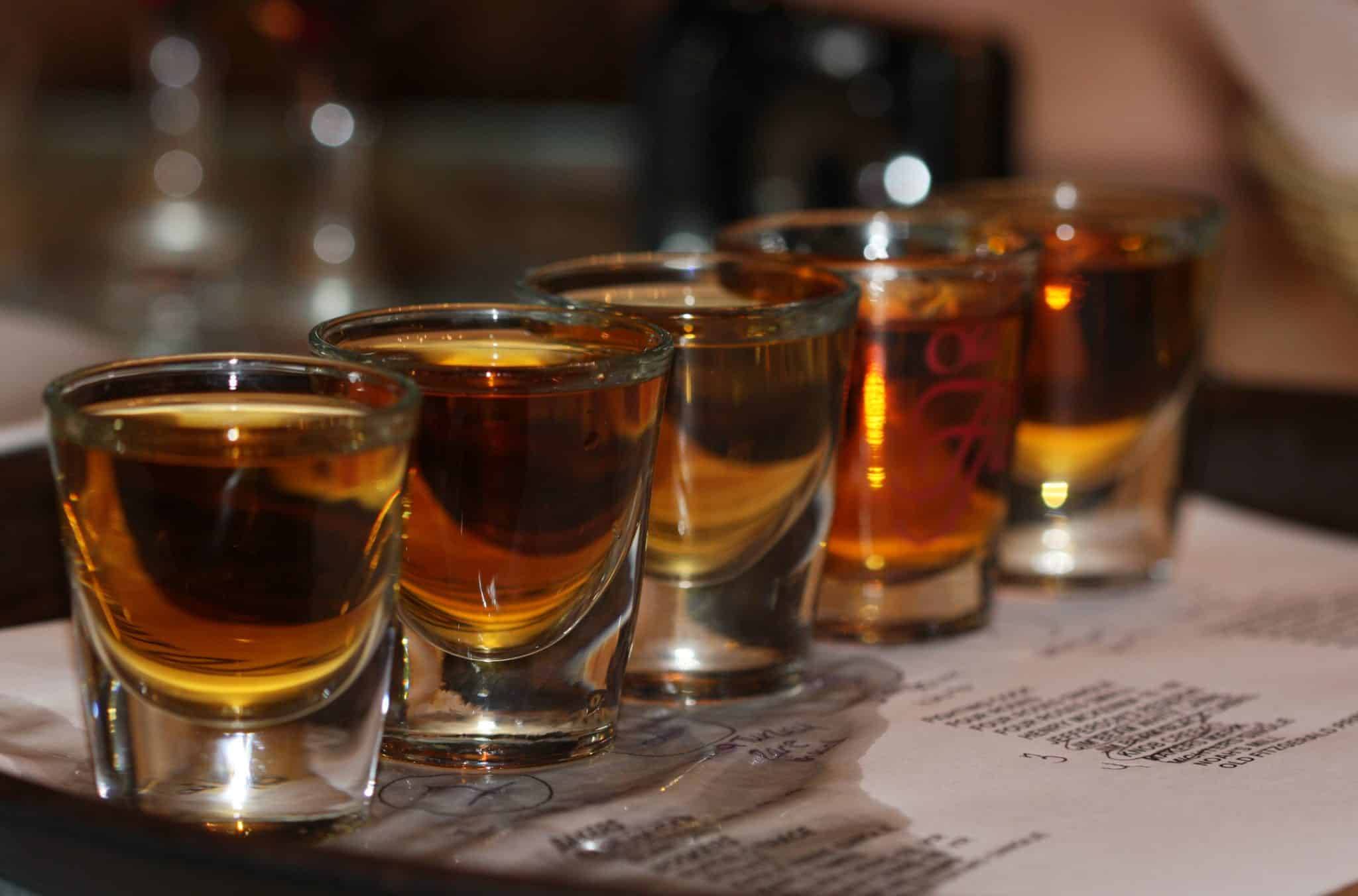 Politicians speak of the “special relationship” between the U.S. and Britain; our soldiers fight side by side, we speak pretty much the same language, and these days we probably even share the belief that the Beckhams receive more press coverage than their talents warrant.

So all in all, America feels very familiar to visiting Brits.

But there are just as many differences between our two cultures. There are the big things – literally – like the cars, the buildings and the meal portions. And there are the more subtle differences, like multicolored breakfast cereals, the use of “half-and-half” instead of milk, and the subjects considered OK for advertising campaigns.

Here in the U.K., Viagra is advertised in the same way as enlargement procedures and Nigerian investment opportunities – via your junk e-mail folder – while in America, ordinary guys sing its praises to the tune of “Viva Las Vegas” on primetime TV. I actually think America’s got it right on this one but when you move into the territory of antidepressants and suchlike, you do wonder whether there’s any limit to what can be advertised.

And that’s the thought that immediately springs to mind as, shortly after entering southern Kentucky on U.S. Highway 31E, Carole and I are confronted in quick succession by two roadside billboards.

The first features a cute young girl. She’s smiling at us, one eye closed in a cheeky wink and a thumb held aloft to emphasise her gratitude: “Mommie! Thank You for Not Aborting Me!” I now understand that this is a commonly used message in the pro-life debate, but can only assume that my initial incredulous double take is the reaction the advertiser, local gospel station King of Kings Radio, was hoping for. It doesn’t persuade me to tune in though, so in that respect at least, it fails.

The second board is, if anything, even more shocking: “Spare the Rod and Spoil the Child” it admonishes Kentucky’s commuters. Now I’m all for children receiving moral guidance, but to encourage their parents to deliver it by means of a big stick, however loving the intention, does appear a little extreme, even here in the Bible Belt.

Within a few miles, though, the shock subsides as the roadside billboards revert to the job of selling food rather than fundamentalism – “Next Right for Country Ham, Bacon & Sausage” – and we settle into a drive along what must be one of the most picturesque routes up through the state.

U.S. Highway 31E runs from Nashville, Tenn., to Louisville, Ky., and has been known variously as Pioneer’s Trace, Old Kentucky Turnpike and Jackson Highway. Its twin, U.S. 31W, or The Dixie Highway, begins and ends in the same cities but runs, you guessed it, further to the west. It takes us north past the intriguingly named towns of Adolphus and Petroleum, through the fishing and boating resort of Barren River Lake, temptingly close to Mammoth Cave National Park, and on through the romantic-sounding town of Goodnight.

This is a rich green countryside, a mix of horse ranches, cattle farms and tobacco fields. Even the less affluent communities of southern Kentucky are notable for their neatly manicured lawns; I doubt the local John Deere lawn mower dealer is suffering too badly from the credit crunch.

After a surprisingly good lunch at an unpromising-looking gas station/diner/general store in Magnolia, another quarter of an hour’s drive gets us to our main goal for the day: Hodgenville, birthplace of Abraham Lincoln. The centerpiece of the site is an impressive memorial building which, according to the inscription, was built to house “the log cabin where Abraham Lincoln was born.” However, the wording on the information boards outside changes to “thought to be his home.” And if you speak to the ranger, he will confirm that they now know that the log cabin inside is about 30 years too young to have been around in 1809, when the infant Abe entered this world.

You may also notice that its proportions look wrong. This is due to the architect’s insistence that the cabin’s width be reduced to better fit his memorial building (you’d have thought it was his job to fit the building around the cabin, wouldn’t you?), and was then exacerbated by poor reconstruction (the log joints weren’t properly notched so the whole thing is too tall). But it’s still a lovely attraction – you can even visit the original water source, Sinking Spring, that attracted the Lincolns to move here in the first place.

Ten miles northeast is the site of Lincoln’s boyhood home from 1811 to 1816, Knob Creek Farm. This reconstruction – no pretence here – is set in an idyllic location of fertile fields, steep wooded hills and Knob Creek itself, into which a young Abe fell and may well have drowned had it not been for the actions of his friend Austin Gollaher, who hauled the future president to safety.

Having immersed ourselves thoroughly in Lincoln’s early years, we head into Bardstown, 20 miles north, and happen upon one of the quirkiest bed and breakfasts it’s been our pleasure to stay at: the Jailer’s Inn. Built in 1819, this old jailhouse has been converted into six individually styled guest rooms. To the rear is the “back jail,” built in 1874 and left pretty much untouched since the last prisoners left as recently as 1987.

It also has the advantage of being situated directly next door to The Old Talbott Tavern, a hotel that was built in 1779, whose guests over the years have included Daniel Boone, Jesse James, the exiled King Louis-Philippe of France and, yes, Abraham Lincoln. Today it is home to a restaurant specialising in local classics like fried green tomatoes and Southern fried chicken.

At breakfast the next morning, we get into conversation with a couple – he’s Dutch, she’s American – who have flown over from Europe to spend their hard-earned holiday visiting a different distillery every day. “You’ve never been?” they exclaim. “You must. Maker’s Mark is the best visit and it’s only 20 miles away.”

Which is why, half an hour’s drive through rural Kentucky later, we find ourselves outside the tiny city of Loretto, home of the Maker’s Mark distillery. And as promised, the tour is a delight, with our wonderfully named guide Herb Stucker taking us through the history of the brand, the distilling process and the dripped-wax cork seal that’s the trademark of every bottle, through to the logical culmination of the tour: the opportunity to sample “America’s only handmade bourbon whisky”. And yes, they do spell it without an “e.”

The whole experience is pitched perfectly, more like a friend’s dad showing you round his works than a formal tour, and there’s no hard sell at the end either. You come away with the feeling that they mean it when they say, “We’re thrilled when people make the effort to find us.”

The only slight downside of our visit is that this unplanned detour means our final hour or so in Kentucky feels a little rushed. Retracing our steps north to Bardstown, we have to resist the temptation to visit My Old Kentucky Home State Park and see the house that supposedly inspired a song with the decidedly non-PC line “‘Tis summer, the darkies are gay,” a lyric that was unsurprisingly changed (no, not to “the darkies are happy” but to “the people are gay”) before being adopted as Kentucky’s state song.

Instead, we continue north to Louisville on a section of U.S. Highway 31E known as Bardstown Road, and soon find ourselves in the Highlands area of the city, a three-mile strip that’s home to a thriving community of restaurants, coffee shops, fruit bars, skateboard dealers, tattoo parlours and suchlike. Unfortunately, the appeal of this vibrant district means there’s no space to stop so we have to make do with experiencing the buzz from the middle of a line of slow-moving traffic.

From here we’re led along East Main Street, a stretch of road lined by wonderfully characterful old warehouses and, in a neat conclusion to our time in Kentucky, we join up with our western twin, Highway 31W, just a couple of blocks before following the Clark Memorial Bridge over the Ohio River into Indiana.

It’s funny how a lack of firm plan or schedule can deliver the nicest surprises, isn’t it? Looking at a map of Kentucky ahead of our drive, there had been nothing other than Abe’s birthplace that stood out as a must-see, and yet the charm of the people we met and the comfortable “niceness” of the countryside meant that this is a state we’d look back on with real affection.