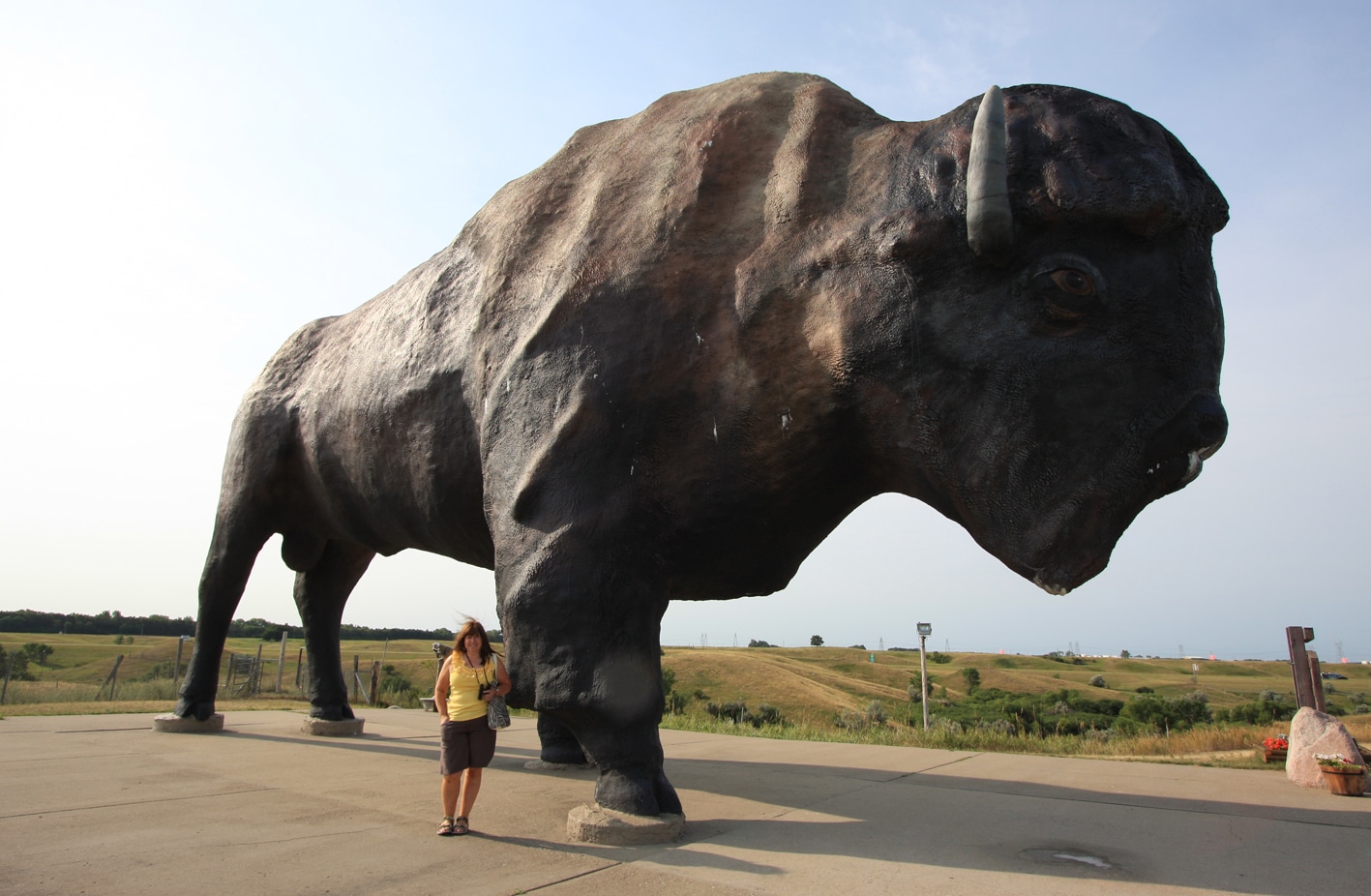 Got time to take a slightly roundabout route from Fargo to Jamestown? If so, you’ll be rewarded with a lazy and slightly off-beat trip through a part of the country that hasn’t changed much in decades, with its scattered communities centered around grain elevators, farm supplies outfits and the occasional local store. Not exciting enough for you? Think again. This 210-mile route also takes in the World’s Second Tallest Structure, an intercontinental missile site and the World’s Largest Buffalo.

The slower pace of life is what this drive is really about but these are some of the highlights to look out for along the way:

Fargo (starting point)
Downtown Fargo oozes charm and character, from its historic old buildings and landmark 1926 theatre to an almost unlimited choice of restaurants (Hotel Donaldson is superb). One thing: if you’re visiting on a pilgrimage to the Coen brothers film of the same name, don’t bother: according to IMDB, no scenes were actually filmed here.

KVLY-TV Mast (mile 53)
Head north along the empty country roads and you’ll eventually find yourself in front of The World’s Second Tallest Structure (overtaken in 2008 by Dubai’s Burj Khalifa). To be perfectly honest, the stats – a height of 2,063 ft – are more impressive than the reality of the KVLY-TV mast (it is after all just a thin piece of metal) but it’s got to be worth a visit if you’re in the region.

Ronald Reagan Minuteman Missile Site (mile 97)
This historic site, where intercontinental ballistic missiles were held in readiness as nuclear deterrents during the Cold War, actually consists of two sites. The one here, November-33, is – or rather was – the missile silo and launch facility; you can wander freely over the big concrete bunker. Four miles north of Cooperstown on Hwy 45 is the Oscar-Zero control center tours available, and there is an entrance fee.

Arrowwood National Wildlife Refuge (mile 163)
The primary purpose of Arrowwood NWR is to provide a refuge and breeding ground for migratory birds, and the lakes, marshes and prairie grassland provide a year-round opportunity to view birds and other wildlife. You can hike, fish, follow an auto tour or even hunt (strange as it may seem in a wildlife refuge).

National Buffalo Museum, Jamestown (mile 210)
While the National Buffalo Museum is certainly worth a visit, it is only one of many attractions here including Frontier Village, a reconstructed street with buildings dating back to 1878, and a resident herd boasting not one but two albino buffalo calves. Most prominent of all though is the World’s Largest Buffalo, a 26 ft-tall, 60 ton cement statue that was built here in 1959.