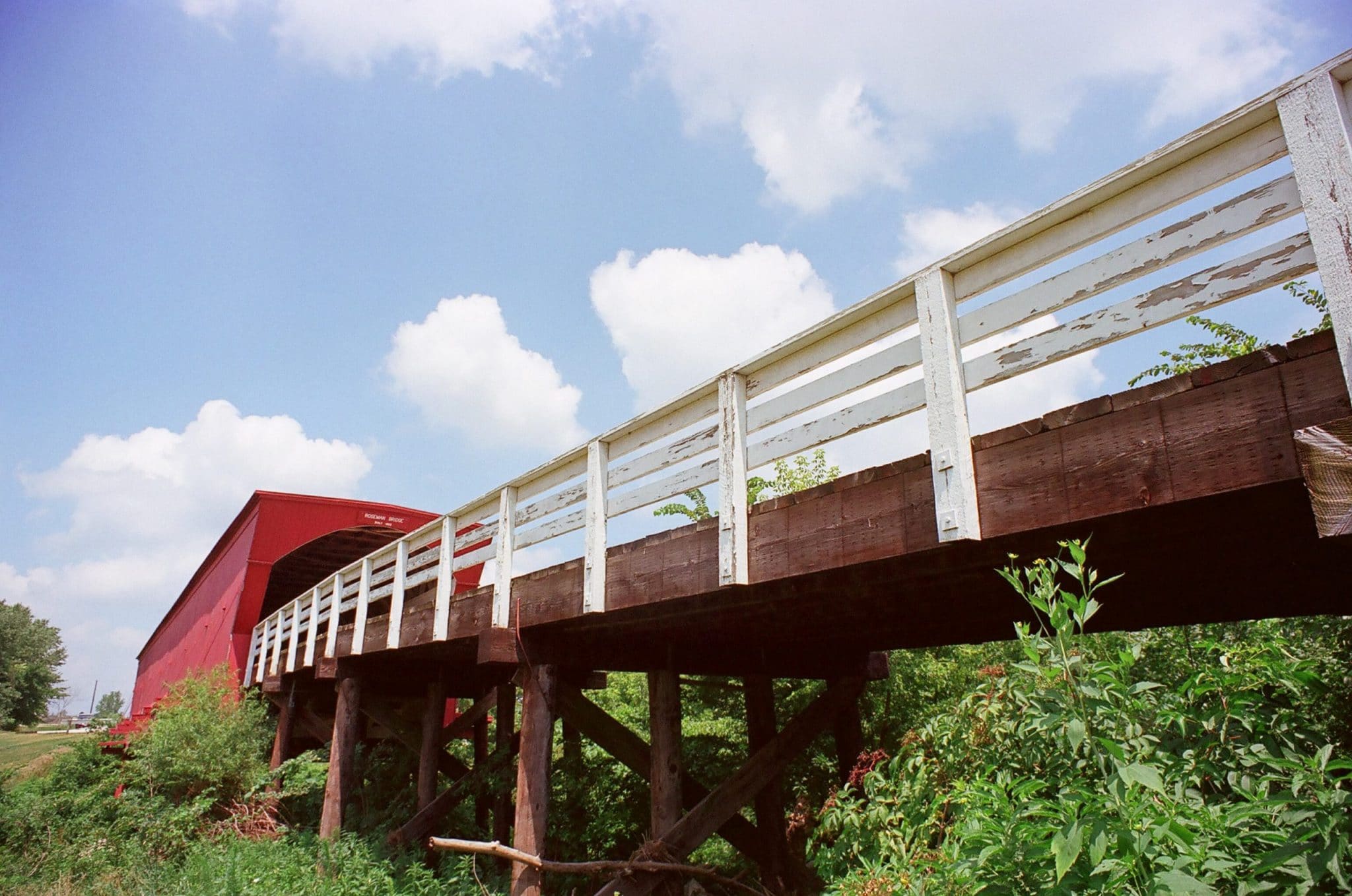 Heading west from Des Moines? Here’s a lovely scenic drive that gives you an excuse to discover the dustiest of Iowa’s dusty back roads. In little more than 100 miles you’ll visit the birthplace of The Duke, pass by some of America’s most iconic bridges, visit a fascinating collection of vintage aircraft and, finally, take in the site of the West’s first train robbery.

Des Moines (starting point)
It may have lost some of the 50s charm so vividly described in Bill Bryson’s childhood memoirs, The Life and Times of the Thunderbolt Kid, but there’s still plenty to entertain the passing visitor. Top of the list has got to be the beautiful Capitol Building ; other attractions worth investigating include Fort Des Moines and the annual Iowa State fair.

Jesse James Memorial Park, Adair (mile 106)
It’s hard to imagine a more historic location in terms of the history of the West – this is where the James Gang masterminded the West’s first train robbery, derailing the train (which killed the engineer) but only finding a disappointing $2000 in the safe and a further $1000 in the pockets of the terrified passengers.