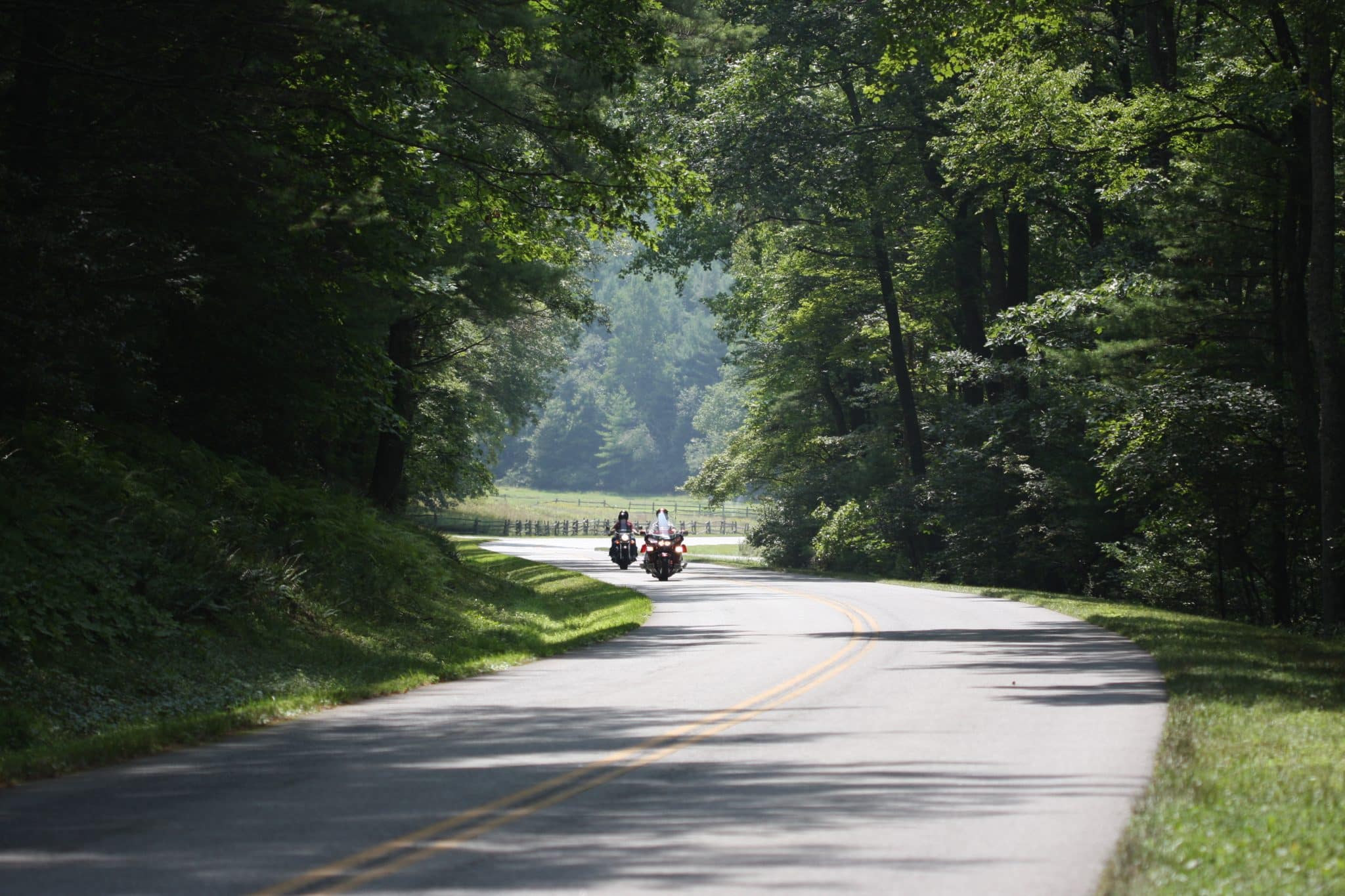 Bikers on the Blue Ridge Parkway 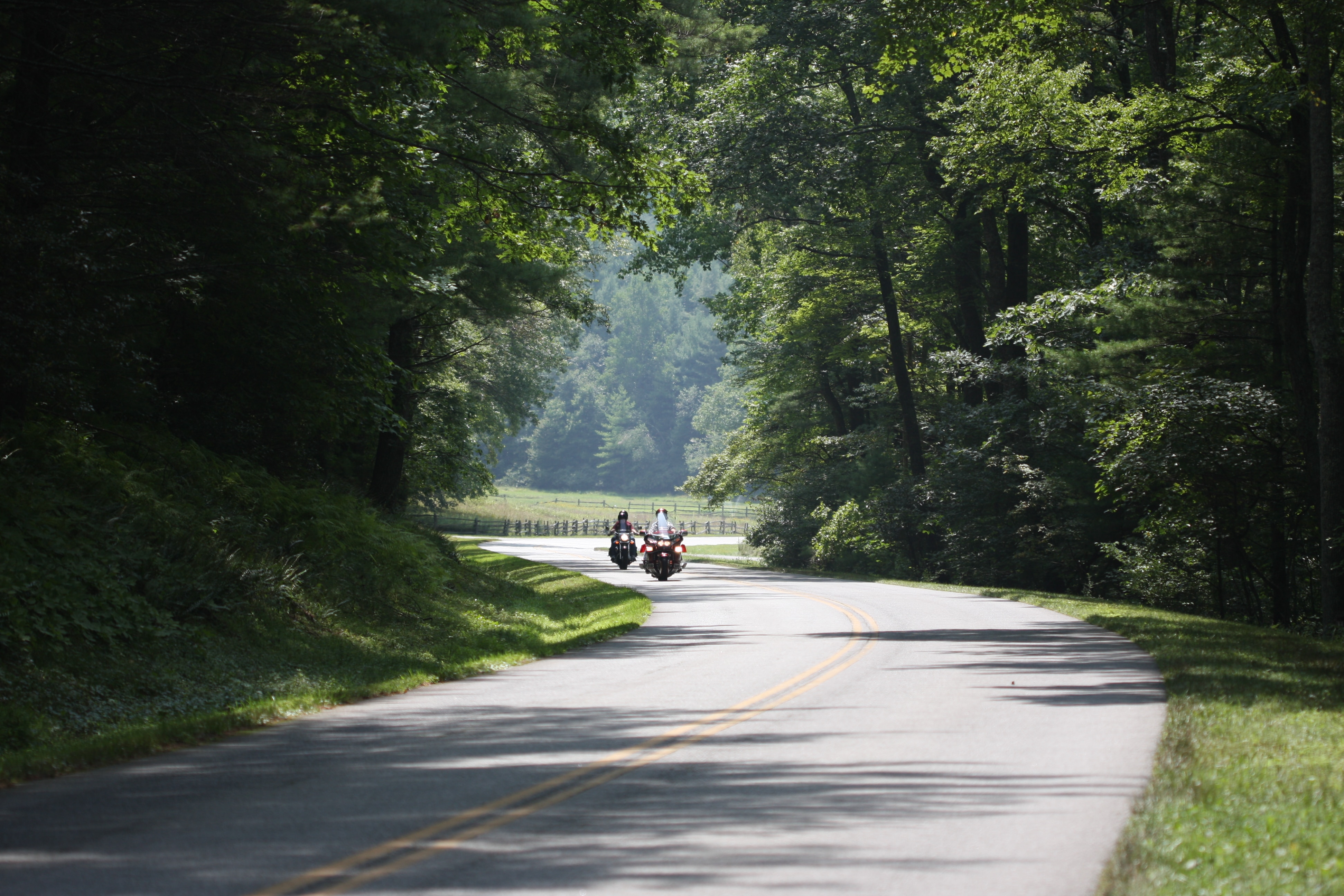 The entire Blue Ridge Parkway (BRP) is mileposted from north to south. The mileages given here are based on starting at the southern terminus, Cherokee, followed by the ‘official’ mileposts.

Here are just a few of the sites and diversions that could easily turn this 252-mile drive into a two or even three day trip:

Cherokee, North Carolina (Starting point – BRP milepost 469)
The town of Cherokee benefits from an extremely picturesque location next to the Oconaluftee River and has a number of excellent Native American attractions, the best of all being the superb Museum of the Cherokee Indian.

Biltmore Estate (mile 80 – exit at BRP milepost 388.9)
Constructed at the end of the 19th century in the style of a French chateau, the 250-room Biltmore House is reputedly the largest privately-owned home in America (and a day-long destination in its own right). Entrance fees at the time of writing (Summer 2010) are $60 a head, with a slight discount if you book ahead online.

Mount Mitchell (mile 114 – BRP milepost 355)
Take a brief diversion from the parkway to visit Mount Mitchell State Park. There’s a short trail to the summit where, as well as an observation deck, you’ll also find the tomb of Dr. Elisha Mitchell, the man who established that this peak was – and indeed is – the highest point east of the Mississippi.

Linn Cove Viaduct (mile 165 – BRP milepost 304.4)
Linn Cove Viaduct was the final section of the BRP, constructed around the side of Grandfather Mountain in the 1980s in such a way as to protect as much of the natural beauty of this section of the Parkway as possible. And they’ve done a superb job too, the viaduct itself is a thing of real beauty and it’s well worth stopping off at the visitor center.

Grandfather Mountain itself is a paid-entry attraction and home to ‘wildlife habitats’ (a zoo), the Mile High Swinging Bridge and a number of walks and trails.

Doughton Park (mile 228 – BRP milepost 241)
If you’re looking to break your journey around these parts, see if there are any rooms available at Bluff’s Lodge in Doughton Park. There’s a good restaurant serving traditional country food and the views of the mountains from the rooms are wonderful.

Cumberland Knob (mile 252 – BRP milepost 217.5)
Located close to the North Carolina and Virginia border, Cumberland Knob was where FDR’s Civilian Conservation Corps began construction of the Parkway in 1935, an employment initiative that formed a key part of the New Deal. As well as the visitor center there is a choice of trails, long and short, through the surrounding woodlands.