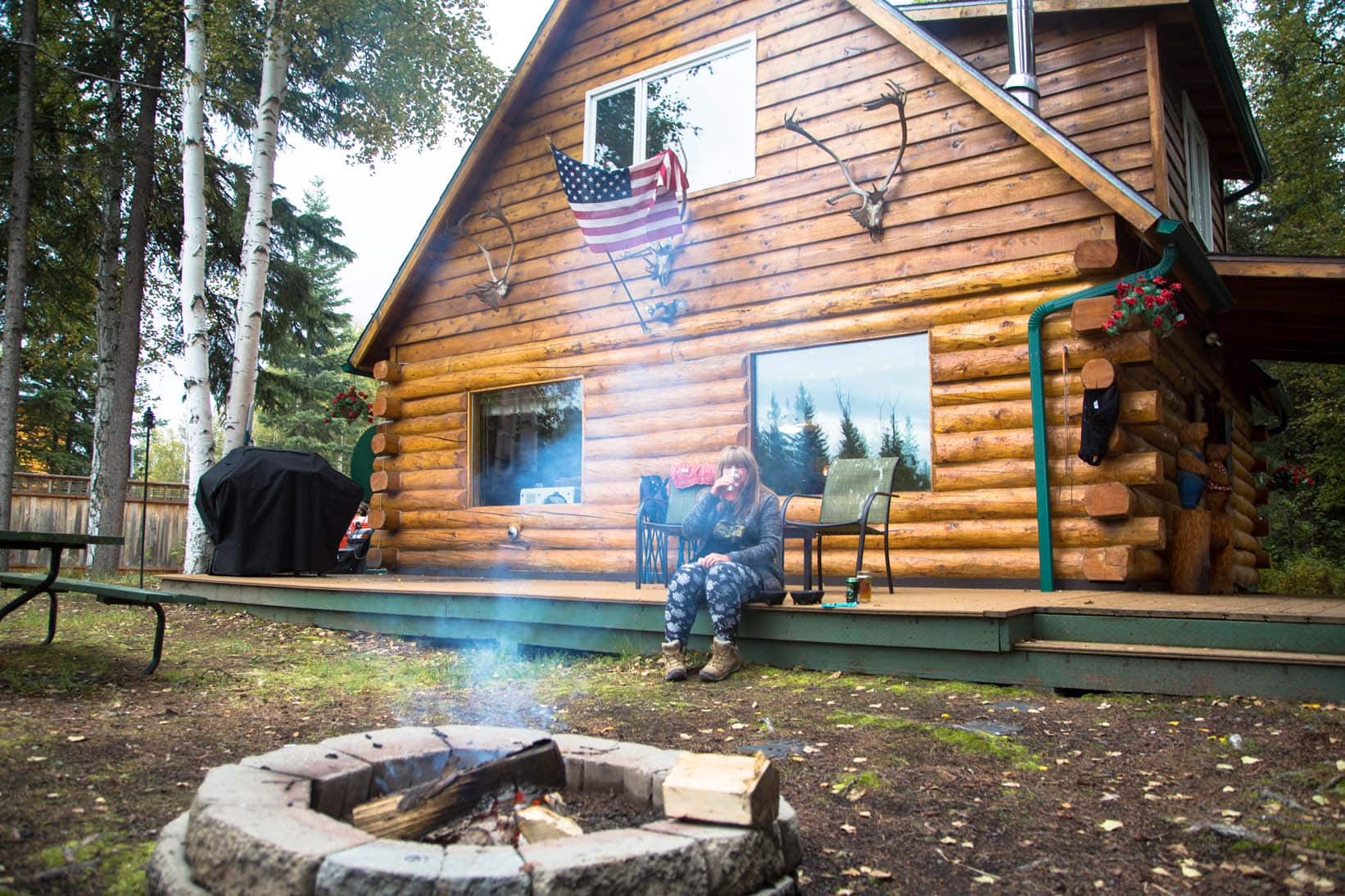 Our base for the next two days is the cutesily-named North Pole, famous for its Santa Claus House and festive street names such as Snowman Lane, Holiday Road, and Kris Kringle Drive. Even the law enforcement officers drive around with cartoon snow graphics applied to the top of the POLICE lettering on their patrol cars.

You might well imagine – as I did – that it had taken its name from the Santa Claus House, developing as a town to service what is certainly its No.1 visitor attraction, but it was actually the other way around. The area was first homesteaded in 1944 by Bon and Bernice Davis, and initially took on their family name. Within a few years though, the Davis’s moved on and the new owners renamed the place North Pole in the seemingly optimistic hope that a toy manufacturer might want to open a factory and advertise its products as ‘Made in North Pole’. Or, even more ambitiously, that someone might be inspired to create a Santa Land, a chilly, snowier version of Disneyland.

The fact that Santa Claus himself decided to relocate here in 1952 and has attracted visitors – and letters – from across the world ever since, would seem to have confounded any sceptics and, in doing so, confirmed their business nous.

Deciding to delay the excitement of sitting on Santa’s knee in August until the next day, we drive out to Chena Hot Springs, a scenic 60 mile journey through dense woodland which every now and then opens up to reveal picturesque lakes. Every single one of them raises a frisson of excitement at the prospect of spotting a moose, its head deep in the water browsing for pondweed and other aquatic vegetation, but there’s nothing doing. I guess if you’ve got hundreds of square miles of wilderness at your disposal, why would you choose to stand near a road?

Chena Hot Springs is very much a resort destination, so if you’re a fan of soaking in remote, undeveloped locations, this is not for you. As well as the outdoor hot springs (18+ only) and pool house, there’s lodging, a reasonable restaurant, and a fairly basic café / gift shop. Other activities include massages, sled dog tours, snowmobiling, aurora viewing, and the like. There’s also an icehouse which features a year round display of impressive ice sculptures.

One tip: if you’re planning to visit both the hot springs and the ice house, do the ice house first; that way you’ll leave Chena with a warm glow inside rather than chilled extremities.

For the rest of the day we sit back and enjoy the comfort and views provided by our riverside lodging, Moose Walk Cabin. A privately owned rental property, this two-story log home combines rustic charm with real comfort and a view over Chena Slough. Sadly the moose that feed in the stream (and give the cabin its name) fail to make an appearance, and the constant rain means the front yard fire ring remains essentially unused throughout our stay (one attempt as soon doused) but I would still recommend Moose Walk unreservedly as a base from which to explore the area.