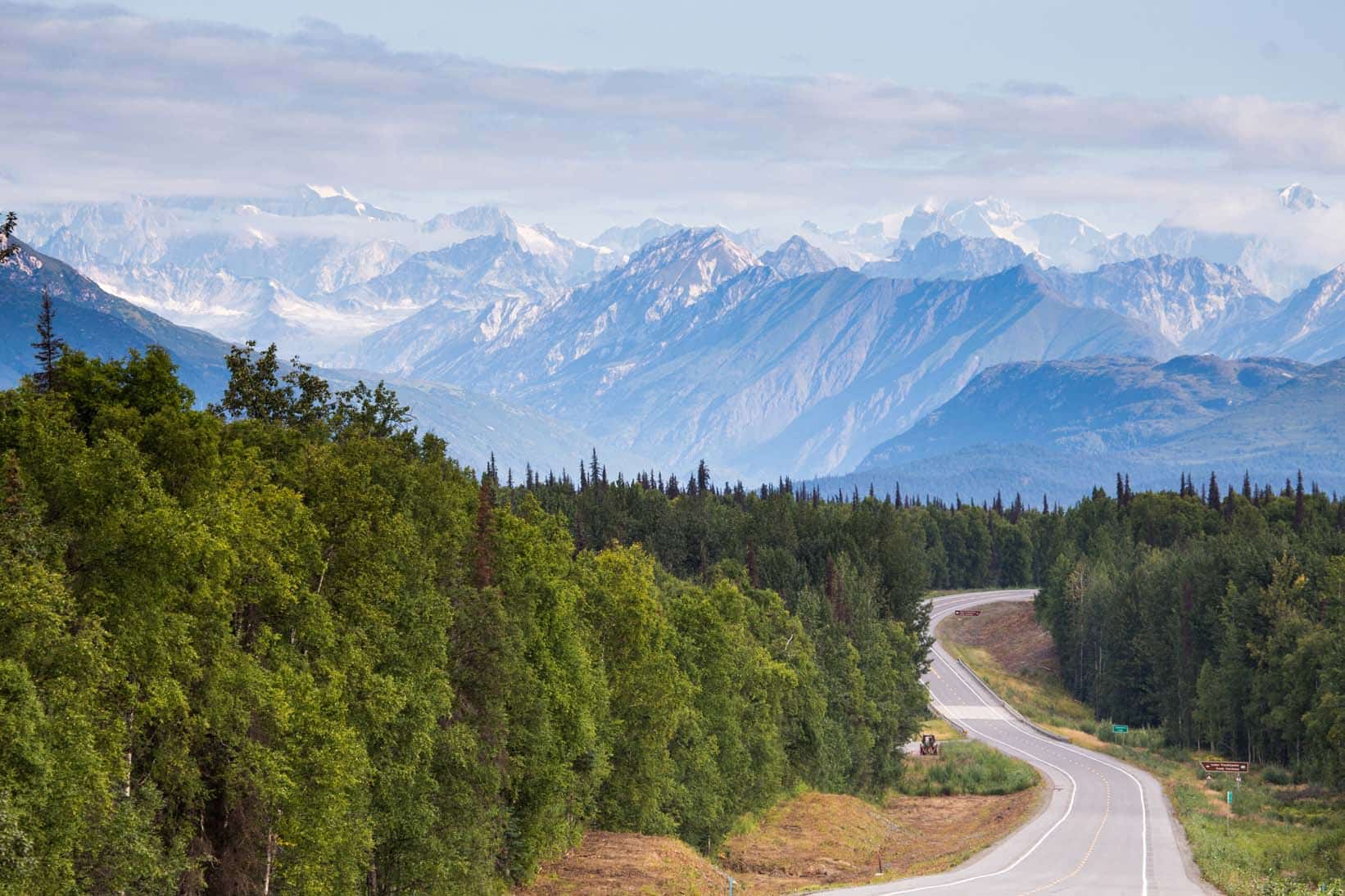 Today is scheduled as an A-to-B day. We’re heading north to lodging just outside Denali NP in preparation for tomorrow’s long day in the park. After breakfast at the Roadhouse (a Talkeetna institution, built in 1917 and opened for food and lodging in 1944), we make our way back to the Parks Highway and head north.

The success of tomorrow’s Denali trip has been hanging in the balance in recent days, heavy rains having closed the road into the park, but we’ve heard that it’s now been reopened and the closer we get towards the park, the more promising the signs become. Yesterday’s clouds have disappeared completely and over to our left we catch glimpses of a very large mountain that begins to dominate the western skyline.

Given all we’ve heard ahead of our trip about only one in three visitors getting to see Denali in its full glory, unobscured by clouds, we resist getting too excited at first. After all, there’s more than one high peak in Alaska. But as each mile passes it becomes increasingly clear that we’ve fallen very lucky indeed. This is Denali on a perfect day and the closer we get, the more people we see pulled over at the side of the road capturing the view on their cell phones.

So instead of stopping for lunch and missing what we’re later told is the first clear day in weeks, we drive straight to the park, buy a very expensive sandwich and bottle of water, and jump on the free shuttle that travels between the Visitor Center and Savage River at Mile 14.

This two hour round trip (it’s slow going with numerous stops and a short break before returning) provides a perfect introduction to Denali: as well as views of the mountain we see moose and caribou along the way.

There’s an easy 1.7 mile loop trail at Savage River that takes about an hour but yesterday was a long day so we take the same bus back and head for our accommodation for the next two nights, the Grizzly Bear Resort.

There is no lodging within spitting distance of Denali that can remotely be described as economical and this is no exception, but it does seem to offer the nearest to ‘value for money’ of all the places we looked at. It’s situated a few miles south of the main drag of hotels, restaurants and gift shops clustered directly outside the park entrance but, for us at least, this was part of its appeal. On-site food outlets are limited to a couple of ok looking food trucks in the car park but there’s a good bar and restaurant just over the road at Denali Park Village, a five minute walk away.